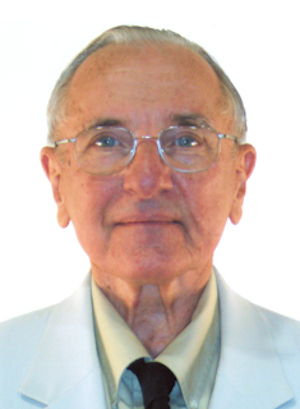 Larry Anduss, whose career involved top U.S. Air Force assignments in Vietnam, Panama, and military bases in several states, was born in Wewoka, Oklahoma, and lived in various towns in Kansas and Oklahoma before moving to Perry and graduating from Perry High School in 1956.

He completed requirements for a degree in Radio-TV Broadcasting from Oklahoma State University in 1961, and then joined the United States Air Force. After Navigator Training at James Connally Air Force Base in Waco, TX, he became an instructor at James Connally and Mather Air Force Base, CA. In 1967 he was assigned to Pleiku, Republic of Vietnam, to fly AC-47 Gunships with the 4th Air Commando Squadron, flying 235 combat missions. After Vietnam, Anduss was selected as an instructor, navigator and evaluator in VI-118s at Hickam Air Force Base, HI. Duties included flying the U.S. Commander-in-Chief of the Pacific (a 4 star Army General) and his deputy throughout the Pacific Region and the continental United States, including Australia, New Zealand, and many Pacific Islands. In 1973, Anduss was selected for duty with the 89th Military Airlift Wing Special Air Missions at Andrews Air Force Base, MD, flying the VC-118, VC-135, and VC-137. Duties during this tour included flying Cabinet members, Members of Congress, the Vice President, and the First Family.

Anduss became the commander in 1977 of an Audiovisual Unit at Wright Patterson Air Force Base, OH. In 1980 he was assigned as the Base Commander at Galena Air Force Base, AK in support of F-4Es. He was then ordered to Tinker Air Force Base, OK, and the E-3 aircraft. His final assignment was Director of Logistics for Southern Air Division at Howard Air Force Base, Panama, with responsibility ranging throughout all of Latin America. Larry Anduss retired from the United States Air Force with the rank of full Colonel.

After retirement from the Air Force, Larry spent ten years as Manager of Aircrew Training in the Boeing Peace Sentinel Program in Riyadh, Saudi Arabia. He was in Riyadh during the first Gulf War, wondering why he was being shot at again. Larry returned from Saudi Arabia to Tulsa, OK in June 1999.

Larry is currently Chairman of the Board for the Tulsa Air and Space Museum, and FT vice president (president elect) for the Oklahoma Council of the Military Officers Association of America Chapters.

Colonel Anduss is married to Janet, a girl from Tulsa whom he met while in school at OSU, and married upon graduation. They have two children: Patricia, who resides in Tulsa, OK; and Mark, who lives in Bethesda, MD. Larry and Janet make their home on a small ranch in Barnsdall, OK.

Larry wrote for this biography: “During those many years between graduation from Perry High School and my attendance at a class reunion several years ago, I thought many times about so many of our class members, wondering what had happened to them, where they are now, etc. Attending the reunion was like coming home to see everyone again. There is a certain bond between us. Several have said it before, but we alumni of Perry High are family!”