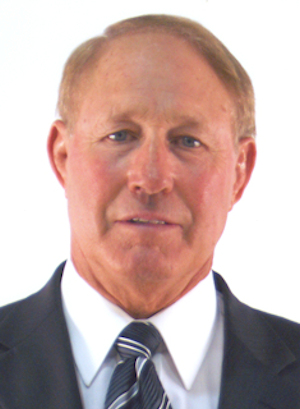 Leonard Groom has the distinction of being the first Perry High wrestler to win three high school state championships. In terms of his won-loss records in high school and college, and his state and university championships, Leonard is among the top wrestlers that Perry, wrestling capital of American high schools, has produced.

Leonard was born in Perry to Glenwood and Edna Groom. He was one of seven children, all of whom attended Perry Public Schools. Leonard began the sport of wrestling in the second grade under Coach John Divine. During his junior high school years, he wrestled under the tutelage of Coaches Divine and Rex Edgar; and then as a high school wrestler was coached by Rex to win state championships in 1962 at 98 pounds, in 1963 at 106 pounds, and in 1964 at 112 pounds.

Leonard earned a bachelor’s degree in Education in 1970 from the University of Northern Colorado, and a master’s degree from Western State College in 1973, as well receiving a Type-D Administration Degree. He served as a coach, teacher and administrator in Colorado mid-level and high schools. As a coach, he won two district championships and produced state champions. Throughout his adult life, Leonard has coached “pee-wee” wrestling and in recreational programs for 13-years-and-under wrestlers.

Leonard and his wife Pat have three daughters — Melinda, Kimberly, and Trish — and three grandsons and three granddaughters. All the family resides in Broomfield, Colorado, and as an employee of Frontier Airlines he and family travel the world, which they much enjoy.