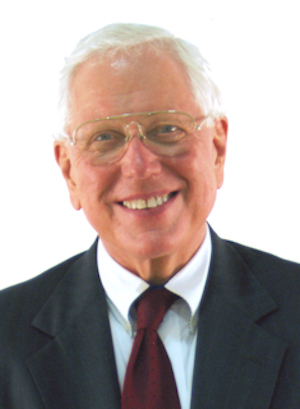 Bill Newton, a longtime lawyer in Oklahoma and an adjunct law professor, attended Perry schools and participated in Maroon football, basketball, and baseball as well as other activities. He was co-captain of the basketball team his senior year. Bill was the batboy for the Perry Merchants and later played for the Perry Oilers, a semi-pro baseball team. He coached the first organized little league baseball team sponsored in Perry.

Mr. Newton attended the University of Oklahoma where he was a “walk-on” member of the freshman football team, and was an active member of the Sigma Alpha Epsilon social fraternity. He earned a Bachelor of Arts Degree, awarded in 1959, and a Bachelor of Laws Degree in 1962. He is admitted to practice law in the State Courts of Oklahoma as well as the United States District Courts for the Northern, Eastern, and Western Districts of Oklahoma.

Attorney Newton began his legal work-career as an Assistant District Attorney for Stephens County and later Tulsa County, where he helped manage the legal affairs of Tulsa County Government as the Chief Civil Assistant District Attorney. Following this public service, Bill became a sole practitioner for twelve years before joining forces with John O’Conner. Together, they formed a legal practice that has successfully evolved into the firm of Newton, O’Conner, Turner & Ketchum, of which Bill is a Shareholder and Director. Mr. Newton provides legal representation for individuals and organizations of all sizes in the areas of business law, commercial transactions, corporate law (profit and non-profit), estate planning, wills and trusts, probate, real estate, succession planning, construction law, and litigation.

Bill has worked extensively with the Oklahoma Bar Association Continuing Legal Education programs, teaching on many topics, including Advanced Real Estate Law and Planning Opportunities with Living Trusts. Mr. Newton also was an Adjunct Professor at the University of Tulsa where he taught Real Estate Law. He also has been a Lead Participant in the Cleverdon Real Property Round Table Seminar. He is the author of Deficiency Judgments and Liability of a Guarantee.

In addition to his professional life, Bill has served his community through numerous activities. He has been a member of Sunrise South Rotary Club of Tulsa and the Rotary Club of Southeast Tulsa, serving on many committees. Bill and his wife, Janie Lou, are longtime members of the First United Methodist Church where Bill has regularly served as a Sunday School teacher. He has remained active in Sigma Alpha Epsilon since 1956. The son of G.D. “Ted” and Elizabeth “Libby” Newton, Bill has not forgotten his roots in Perry. For many years, he served pro bono as legal adviser of the PHS Alumni Association after assisting in its creation. He participated in activities to support the Perry schools and community.