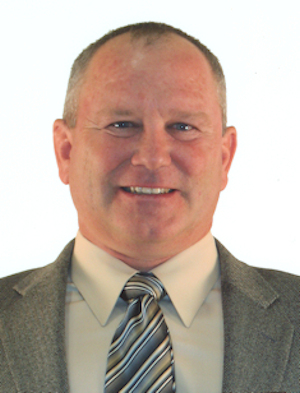 Mark Kirk, who wrote a history of Perry High’s renowned wrestling success, was born in Perry and attended Perry Public Schools all 12 years. His siblings, Sandy, Lloyd, Floyd, and Mike, were also graduates of Perry High School. Mark was born in 1957 to Jess and Idanell Kirk.

In high school, Mark was selected to Boys State, a class officer, a Junior Rotarian, a wrestling team captain, Mr. PHS, and involved in the Fellowship of Christian Athletes, Future Teachers of America, the Junior Play, track, baseball, and, of course, wrestling, where he was a state runner-up his senior season.

Mark earned a wrestling scholarship to Claremore Junior College, where he wrestled for one year. Mark then transferred to OSU, where he was a member of the OSU wrestling team for one year before graduating in December 1979 with a Bachelor of Science in Secondary Education (Social Studies). In 1988, Mark earned a Master of Education Degree from the University of Oklahoma.

Perry High School Coach Leonard Shelton recommended Mark for a position as a middle school social studies teacher and coach at Heritage Hall, where Mark excelled for 13 years. In 1992, Mark was recognized by the Heritage Hall Board as a Master Teacher. In addition to being the junior high and high school wrestling coach, he coached football and track and field. For most of his career at Heritage Hall, Mark was the only coach for both the junior high and high school wrestling teams. Mark moved to Yukon Public Schools for two years where he was a middle school physical education teacher, head junior high wrestling coach and assistant high school soccer coach.

During Mark’s 29-year career as a wrestling coach, he coached a state runner-up team, five conference championship teams, and 75 individual state placers including 20 state champions. Another wrestling highlight for Mark was when his son, Adam, placed in the Geary Tournament. This made the Kirk family the first family to have three generations of wrestlers place at this prestigious tournament. Mark’s dad, Jess, was a champion of the first Geary Tournament in 1944, Mark placed in 1974 and 1975, and Adam placed in 2002 and was a runner-up in 2003.

In January 2008, Mark had a change in his career as he accepted a job as an Investigator for the State Board of Licensure for Professional Engineers and Land Surveyors. Mark’s change in profession did not stop his love of wrestling.

At the end of the 2008 State Wrestling Tournament, in which Perry fought off an outstanding Marlow team with a truly amazing effort to win their 35th State Championship, Mark congratulated the coaches. During the conversation, Mark asked a simple question, “Does anyone have a list of all the state qualifiers and state placers from Perry?” The answer to that question was “no” and thus began Mark’s quest to compile that list. What began as an effort to compile a list of names soon became an obsession to find all that he could about Perry wrestling. The result has been the publishing of The Maroon Dynasty, the History of Perry Wrestling. Published in 2008 and 2009, the 176-page book details both individual and team records and results, team rosters and even includes the wrestling royalty and matmaids. This book has gained attention throughout the State of Oklahoma as the best source of data on Oklahoma high school wrestling!

Mark and his wife, Terri, have lived in Edmond since 1982. They are members of New Covenant United Methodist Church and have two children: Adam of New York City, and Sarah of Stillwater. In addition to wrestling, Mark enjoys golf, working in his yard, traveling and spending time with his family.