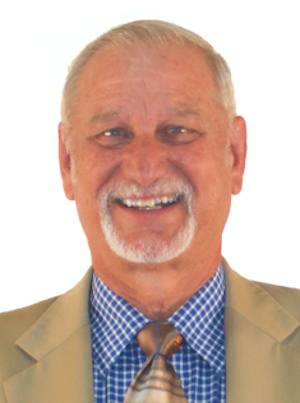 Irvin earned a Bachelor of Arts Degree from Waxahachie Assemblies of God College and a Master’s Degree in Cross-Cultural Communication and Counseling. He started his career by working for the renowned David Wilkerson, who founded Teen Challenge, a faith-based program for controlling drug, alcohol and other abuses. Irvin founded the Floresville Teen Challenge Center and then became the Asian Teen Challenge Director, before branching out on his own.

Irvin has served in Asia for thirty-five years and speaks the Indonesian language fluently. He has worked in the field of drug abuse counseling and has been involved with host countries governments’ drug organizations: Bersama in Indonesia, Pernadam in Malaysia, and SANA in Singapore.

In 1977, the Rev. Rutherford wrote the training manual for the BEFRIEND-ERS who volunteer in Singapore to work with incorporating drug addicts back into society. Irvin has established private drug rehabilitation centers in Singapore, Malaysia, Indonesia, Vietnam, and other Asian countries. He has personally helped 4,000 drug addicts to start new lives by re-connecting with their families, society and faith in God.

In 1982, Irvin established the Association of Christian Therapeutic Services (ACTS) as a joint training and fellowship association for private drug centers in Asia. He also founded two orphanages in Hanoi, North Vietnam, one of which also houses handicapped adults.

Irvin has served with the Rotary Clubs of Singapore and the United States. He has been involved in the international committees of various Rotary Clubs. The Rev. Rutherford has been a motivational speaker for Asian Insurance Companies for the past 25 years. He has received numerous awards for his humanitarian work in drugs and AIDS programs worldwide.

The Rev. Rutherford has his headquarters in Cheras, Kuala Lumpur, Malaysia which he sees as a training base for the next generation of young leaders who use humanitarian and non-governmental organizations approaches to solving social issues worldwide. He is founder and director of Asian Ministry Teams, Global Ministry Teams, and Association of Global Motivational Training with offices in Kuala Lumpur, Malaysia, as well as the United States, England, Australia, Vietnam, and various African nations.

Irvin and Linda Rutherford have been married for 44 years and have three grown daughters and nine grandchildren. He is semi-retired and now makes his home and has offices in Inman, South Carolina.