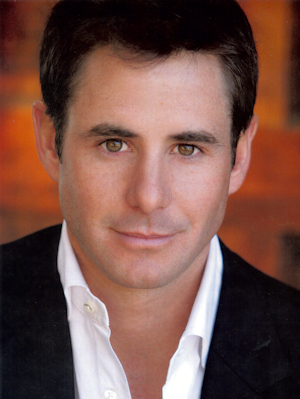 Travis Brorsen is best known for winning the CBS reality show, Greatest American Dog, in 2008 with his boxer, Presley, as well as being an inspirational celebrity speaker and Hollywood actor.

Travis grew up on a farm and ranch near Perry. He received a bachelor’s degree in Communications with a minor in Theater at Oklahoma State University, where he appeared in several stage productions. Travis decided to seek an acting career and moved to Los Angeles. While there, he obtained Presley, who at 14 months of age was highly energetic and untrained. When Travis and Presley were selected as contestants for Greatest American Dog, a national dog training competition, the producers and others (Las Vegas oddsmakers) did not think the pair had much of a chance of advancing beyond the first week. But Travis and Presley ended up winning the entire competition, which came with a prize of $250,000.

Reaching audiences in over 35 countries and publishing eight children’s books, Travis and Presley have been making a “paw-stive” impact on children across the world.

Travis speaks at state and national educational conferences, motivating and inspiring educators, and performing for children. He is responsive to, and cooperative with, local organizations and the people of our community.