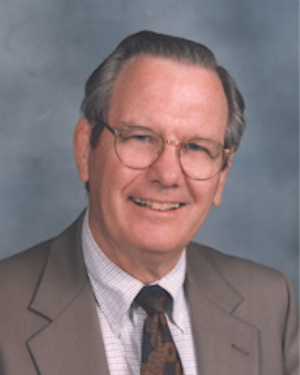 Bert Corr, Jr., was born about 15 minutes after his identical twin, Ed, in Edmond, and grew up to become a noted educator for many years. Bert, known mostly as Junior through his OU days, attended first grade in IXL School, Three Sands, Noble County, and the family then moved to Oklahoma County. In 1946, the family moved to Perry where Bert and Ed entered Perry Junior High. Their father, Bert, Sr., was the manager of the Borden Milk plant, and their mother, Rowena, was a PHS teacher until 1957. Bert and Ed have a younger sister and brother, Jean Anne and Bill. Bert and Ed were members of Perry’s first state champion wrestling team in 1952. Bert placed second. He was a strong student academically, served as editor of the Perryscope, was an Eagle Scout, and was in a number of other activities.

Bert attended OU on a wrestling scholarship, lettering three years. His best OU wrestling achievement was helping OU win the 1956 National AAU Tournament by placing third. After graduating, Bert became a USMC officer serving slightly over three years on active duty and another 6 1/2 in the active reserves, attaining the rank of captain. He was twice an All-Marine Wrestling Champion. After active duty, Bert returned to OU full-time and earned a Master of Education and then, while teaching, his Doctorate in Education. In 1960 he began a 16-year stint in Norman Public Schools during which he taught four years, was Administrative Assistant to the Superintendent one year, Norman High School Assistant Principal one year, NHS Principal six years, and Assistant Superintendent four years. He also coached the NHS wrestling team seven years and assisted in football six years.

Bert then became the Superintendent of Poteau Public Schools, serving there 24 years, retiring in 2000. During his years as a school administrator Bert also taught as an adjunct professor for OU, OSU, and Carl Albert State College. He was known as a leader in curriculum, instruction and school finance and was a frequent presenter in professional meetings. The physical plant as well as the curriculum in Poteau Public Schools was virtually rebuilt and expanded during his service there.

Bert was active in a number of professional and civic organizations. Among those were Oklahoma Association of School Administrators in which he was for many years on its Executive Committee, was twice Vice President and once President. He was also a member of AASA, CCOSA, OSCD, NASSP, OASSP, The Professional Standards Board, Network for Equity Steering Committee, State Superintendents’ Advisory Committee and others. Bert feels his being one of the primary leaders in securing a fairer state aid formula was an important contribution to Oklahoma education.

His greatest reward in life has been his Christian faith followed closely by his family – marriage to Jere (deceased), Dad to Cindy and Ed, and Papo to six grandchildren.