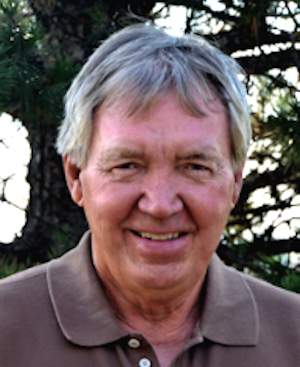 Terry Leonard, born on a farm near Perry, was a highly successful high school and college wrestler and then a winning Perry High School wrestling coach and longtime teacher. The son of Alfred and Alva Leonard, he attended Perry Public Schools where he played football and wrestled and was on the wrestling team that won the state tournament in Coach John Divine’s last year of coaching. He attended Lamar Junior College in Lamar, Colorado, where he was a two-time All-American and won the Junior College Nationals in 1963. There is recognition of that honor at the Wrestling Hall of Fame in Stillwater. That same year he was recruited by head wrestling coach, Grady Peninger, a Ponca City, Oklahoma, native, to attend Michigan State University on a scholarship. Leonard wrestled on the varsity team his junior and senior seasons and, despite injuries, never missed a dual. At MSU, he was a member of the Varsity “S” Letterman’s Club.

While attending Michigan State University, he met Judi Gibfried, an MSU student from Grand Rapids, Michigan, and they were married in 1965. They have two sons, Chance and wife Jo, and Jason and wife Jana. From these two marriages, they have four grandsons. Both sons graduated from Perry High School.

After receiving a Bachelor of Science degree in History from Michigan State in 1965, he attended the University of Central Oklahoma in Edmond where he received his Masters in School Administration in 1967.

Terry enjoys life, his farm work and his friends. His hobbies include hunting, fishing and painting and he enjoys reading, especially Western history. That interest was sparked by his high school history teacher, Hump Daniels.

Terry loves and firmly believes that the small-town atmosphere of Perry is a great advantage for children growing up. That environment plus the strong school system in Perry helps kids and helped his boys learn good values.