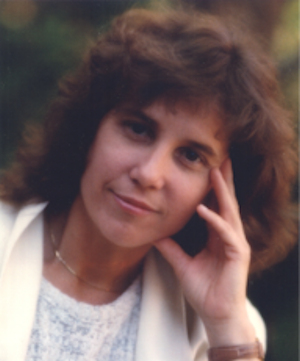 Sharron Miller, a film director who has been recognized with many awards, was born in Enid, Oklahoma, and moved with her family to Perry in 1959. The daughter of Jerry Lee Miller and Emaline Gambill Miller, she was active in Perry High School band and drama and during that time developed an aspiration to become a filmmaker. She began writing and directing short films in college.

In 1971 she graduated from Oklahoma State University with a degree in Theatre. She attended graduate school at Northwestern University in Evanston, Illinois, the following year, and then moved to Los Angeles, California, in 1972 where she began her professional career in the film business. She worked first as a script supervisor, then as a film editor, then in 1976 was asked to direct the television series, “The Life and Times of Grizzly Adams,” thus becoming one of the tiny number of women working as professional directors in Hollywood at that time.

Sharron has had a long career directing television series, pilots, and movies of the week. Her credits include among others “Cagney & Lacey,” “China Beach,” “L.A. Law,” “Homefront,” “Christy,” “The Sisters,” “The Paper Chase,” “The Client,” “The Outsiders,” “The Trials of Rosie O’Neill,” “American Playhouse,” “Maximum Security,” “That’s Life,” “Little Girl Lost,” and “The Woman Who Willed a Miracle.”

She has received numerous honors during her career, including two Emmys, the Directors Guild of America Award, the Peabody Award, the Women in Film Lillian Gish Award, two Viewers for Quality Television Awards, and three New York Film and TV Festival Awards. She also has the added distinction of being the first woman ever to win the Directors Guild Award for directing drama.

All of her accomplishments, she feels, she owes to her family and to her life in Perry and its wonderful, inspiring school, Perry High.