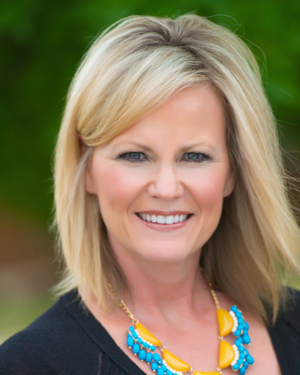 Vernona DeCarlo, a Moore teacher and principal and a winner of the Mrs. Oklahoma pageant, was born the youngest of three children in Athens, Alabama, to Vernon and Bobbie Dow. The family moved to Perry in 1979 and Vernona was enrolled in December as a seventh grader at Perry Junior High. Vernona and her brother, Jerry, were welcomed into the Perry School System by both students and teachers. Vernona became involved in many things: band, National Honor Society, student council, Fellowship of Christian Athletes, junior class officer, basketball manager, Outstanding Band Member and lead in the musical her senior year. Two teachers in particular, Mr. Bill Rotter and Mrs. Cindy Tomlinson, were instrumental in Vernona’s success. They showed a particular belief and interest in her that encouraged her to succeed. It was these two very important people who planted the “seed” for her to pursue a life as an educator.

Vernona attended Oklahoma State University where she majored in Elementary Education and brought the life lessons learned at Perry along with her. After college she immediately moved to Wichita, Kansas, and started her career as an elementary teacher. She married Doug DeCarlo in 1989 and they moved back to Oklahoma in August 1990, where they both became teachers in the Moore School System. While teaching, Vernona pursued a master’s degree in Elementary Administration and graduated from the University of Central Oklahoma in 1995.

In April 2000, while Vernona was still teaching second grade at Briarwood Elementary in Moore, she won the Mrs. Oklahoma pageant. She represented the state in the National Mrs. United States Pageant in July 2000 in Las Vegas, Nevada. She was able to meet countless people during her year of events and appearances and spoke of her life as a small-town girl and the benefits that came from her years in Perry, Oklahoma.

In 2010, Vernona was the recipient of a $10,000 grant from Fund for Teachers that enabled her team of sixth-grade teachers at Briarwood to visit Ecuador and spend a week studying the Amazon Rain Forest. They participated in a program called Pack for Purpose and spent the day in a community school along the Napo River, handing out school supplies and games brought from Moore for the students.

For the past four years, Vernona has been a principal in the Moore School System where she has been able to pass on the attitude of encouragement and success to her many students. Since the tornado in May of 2013, Moore has endured many obstacles. Vernona has played a part in assisting with drop-off sites and serving on the district’s tornado committee.

She will always call Perry “home” and knows that her recognition in the Perry High School Alumni Association Honor Roll is a direct result of the encouragement and support provided by the teachers and friends from this very special community.