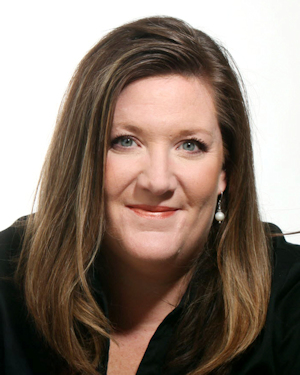 Virginia “Ginnie” Netherton Graham has been a reporter with the Tulsa World since 1994, covering social issues, education and criminal justice. She holds a bachelor’s degree in Journalism and master’s degree of Public Administration from the University of Oklahoma. She is a fifth-generation Oklahoman, spending her childhood in Grove and graduating from Perry High School in 1990. She has deep roots in Perry as the daughter of Janet (Klein) Burke and granddaughter of the late George and Mary Lou Klein. She is the niece and goddaughter to John Klein, member of the Perry High School Alumni Association Honor Roll and inductee of the Oklahoma Journalism Hall of Fame.

As a Perry student, Graham was president of the Student Council, crowned wrestling queen and held offices in other groups including the Future Business Leaders of America. She was also active in band and drama. While in high school, Graham volunteered as a sports writer for the Perry Daily Journal, being mentored by Milo Watson and Gloria Brown, members of the Oklahoma Journalism Hall of Fame.

At OU, Graham worked on the student newspaper, The Oklahoma Daily, for four years. She was a sports writer, sports editor, news reporter and opinion-page editor. As a student, she won several awards for her investigative news reporting into the financial activities of a university administrator.

At the Tulsa World, Graham started as a police reporter and moved into covering education and social services, eventually working her way to a position on the investigations team. Her past honors include four sweepstakes/first place awards from the Associated Press/ONE chapter, two Reporter-of-the-Year awards from the Great Plains multi-state contest and numerous other awards for personal column and enterprising writing. She was honored with the Liberty Bell Award from the Oklahoma Bar Association for her stories on abused and neglected children and with a Marshall Gregory Award from the Oklahoma Education Association for her coverage of schools. This year, she received the inaugural Colby Award from the Colby Foundation for her work about the obstacles and struggles people with mental illness face in Oklahoma.

Other notable stories have been investigations into female incarceration, youth homelessness, immigration issues, hunger, child-care facilities, Section 8 housing, food stamps and use of the death penalty.

In October 2012, Graham was named a news columnist for the Tulsa World with pieces appearing at least twice a week. Her columns are a mix of stories on family, personal experiences and profiles of interesting people and events. She has been the coordinator for the newspaper’s summer college internship program since 2002. Recently, Graham was named the projects editor for the Tulsa World, and she continues to write columns.

She has been married for 17 years, and the couple has two children – Louis, 11, and Olivia, 7. In her spare time, she is running children to sports or dance, doing something for the PTA, volunteering at her church or taking a well-earned nap.