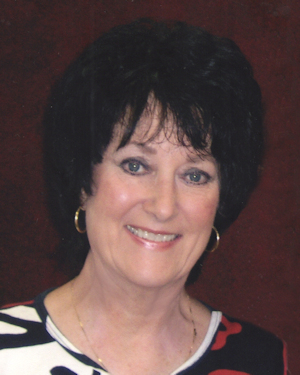 Marilee Macias is a businesswoman and community volunteer who has been involved in many organizations and programs to benefit Perry.

She was born in Lucien, Oklahoma, to Floyd and Elvia Gantt.  Marilee attended Perry schools for 11 years and was active as a Perry cheerleader. She married Tony Macias and they moved to Norman, Oklahoma, where she graduated from high school and Tony attended the University of Oklahoma.

The couple returned to Perry in 1973 and purchased the Kumback Lunch from Eddie and Kate Parker, and later purchased the Sooners Corner Complex and Cedar Junction convenience store. For the past 42 years Marilee and Tony have welcomed visitors to the historic and award-winning Kumback Cafe.

In 1982 Marilee held the honor of being elected as the first woman President of the Perry Chamber of Commerce, followed by her election as the first woman Chamber of Commerce Outstanding Citizen of the Year in 1983. She served on the Board of Directors of the United Fund of Perry, Inc., for 32 years, serving as Vice President and Drive Chair. Other boards have benefited from her dedicated service including the Perry High School Alumni Association, Inc., from 2006-2009 and the Cherokee Strip Centennial Corporation from 2004 to the present. During 1995 she was on the Board of Directors of Perry Main Street and attended several National Main Street meetings throughout the United States.

Marilee was Chairwoman of the Diamond Jubilee Celebration of Perry in 1982, of the Centennial Ball in 1993, and Co-chair of Perry High School Centennial Celebration in 2002.  She is a longtime member of the Perry Study Club and Beta Sigma Phi Xi Epsilon Rho, and a lifetime member of the Perry High School Alumni Association, Inc.

She has received numerous honors including Beta Sigma Phi Xi Epsilon Rho Woman of the Year in 1988 and 1993 and Chamber of Commerce Hall of Fame Inductee in 2005.

The promotion of Perry’s commerce through community organizations and unique celebrations has been her passion.  Marilee often says she is so proud to be a small part of the history of downtown Perry and enjoys working with its friendly and caring people.

Marilee and Tony are the parents of two daughters and four granddaughters.  Michelle, her husband Monty Cain, and their daughters, Jordan, Haley, and Madison live in Edmond, Oklahoma. Melissa, her husband Bradley Finley, and daughter Taylor reside in Perry.