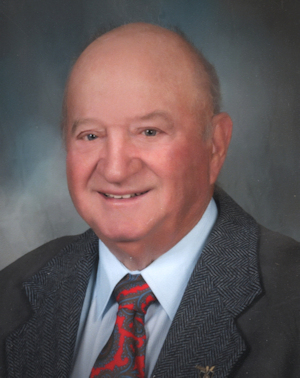 A few days after graduating from Perry High School in 1954, Leroy Quance moved to the beef barn on the Oklahoma State University campus to work and study. He earned a bachelor’s degree in Agricultural Education and a master’s degree in Agricultural Economics from Oklahoma State University. Between his BS and MS degrees he served two years in the U.S. Army as a Second and First Lieutenant.

Following his education at OSU, Leroy earned his PhD in Agricultural Economics at Michigan State University. His PhD dissertation resulted in his co-authoring and co-editing the book “Overproduction Trap in U.S. Agriculture,” published by Resources for the Future, Washington, D.C.

Leroy worked most of his career in the U.S. Department of Agriculture’s Economic Research Service, where he became a Branch Chief in addition to authoring many journal articles, book chapters and other publications.

For six years Leroy served as Director of the Statistics Division at the United Nations’ Food and Agricultural Organization in Rome, Italy. His division, with a staff of 100, was responsible for promoting the development and publication of food and agricultural statistics in developing countries; for maintaining a database on agricultural statistics; for publishing Annual Yearbooks of World Agricultural Production, Agricultural Trade, and Fertilizer Use; and for such programs as The World Census of Agriculture and periodic World Food Surveys.

He and his wife, Marie, have been married since 1957 and have four children. In addition to owning and operating a farm/ranch of 900 acres near Nardin, Oklahoma, producing wheat, alfalfa and Angus cattle, they also serve as Elders of the Blackwell Presbyterian Church. Leroy has also devoted time to the Perry High School Alumni Association, serving on the Board of Directors and two years as President.