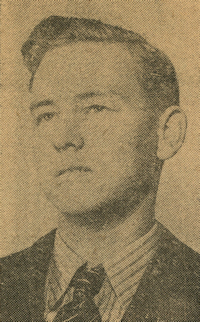 He has attended the Perry schools for the past 12 years.

He was interested in basketball, and his hobbies are hunting and model building.

He plans to become a flier after his graduation from high school.

Graveside rites will be at 2 p.m. Saturday at Grace Hill cemetery. Arrangements will be under direction of Brown Funeral home. Memorials may be made to Oklahoma Medical Research Foundation.

Fassnacht served with the United States Navy during World War II and had worked as a sailmaker prior to retiring in 1965. He was a member of the American Legion.