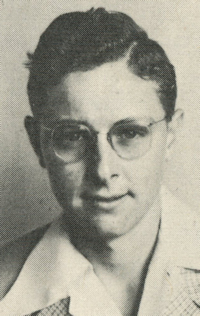 Funeral services will be at 2 p.m. Monday at Parker Funeral Home chapel. Rev. Frank Wagner, St. Mark’s Lutheran church of Midwest City, will officiate. Burial will be at Grace Hill cemetery. In lieu of flowers, the family has asked memorial contributions be made to the Arthritis Foundation with Parker Funeral home serving as trustees.

Hirschman was born Jan. 18, 1929, in Perry. He is a 1946 graduate of Perry high school. On May 31, 1952, he was married to Elaine Freeze in Marshall. He was associated with Borden Milk company until moving to Stillwater in 1958 when he became associated with Rainbow Bread company. He moved to Del City in 1965 to work in the sales department for Rainbow.

A veteran of the Korean War, he was a member of St. Mark’s Lutheran church in Midwest City.