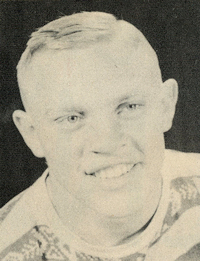 Funeral will be at 2 p.m. Friday at the First Baptist church of Sulphur. Officiating will be Rev. Hugh Collett and Rev. Jack Oliver. Burial will be at Mount Carmel cemetery in Perry. Memorials may be made to the Guide Dogs for the Blind association or to the American Diabetes Association.

He had served as a principal in the Guthrie school system prior to joining the Sulphur schools in 1971. He served as Sulphur high school principal from 1971 until 1986, when he retired due to ill health.