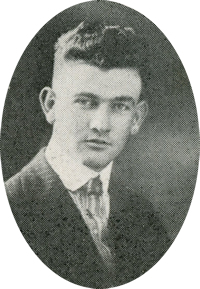 “All work and no play is not the life for me.”

Rosary and funeral have been scheduled for John P. McCormick, 74, 705 Twelfth Street, who was dead on arrival at 4:10 p.m. Saturday at Perry Memorial Hospital, where he had been taken by Perry fire department ambulance.

McCormick was in business in Perry until his retirement. He was a veteran of World War I and was active in politics. He was the son of a pioneer, W. H. McCormick, who made the Cherokee Strip run for land.

Survivors include his wife, of the home address; a step-daughter, Sharon, of California; a sister, Mrs. A. C. Catherine Gideon, Perry; and a brother, Robert McCormick, Perry.

McCormick was preceded in death by two brothers and one sister.