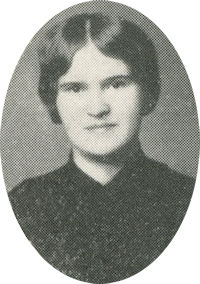 She and Clayton Phillips were married at Perry, April 24, 1948. Following their marriage, the Phillipses lived in Dallas, San Antonio and Fort Worth, Texas; Kansas City; and Denver, Colo., before returning to Perry in 1980.

Mrs. Phillips was a member of the First Baptist church, the Perry chapter of Order of Eastern Star and the Enid chapter of White Shrine of Jerusalem.

In addition to her husband of the home address, survivors include one brother, Joe H. Adams, Tulsa; and two sisters, Estelle Trimble, Denton, Kan., and Allien Kruse, Perry.

Funeral will be at 10 a.m. Wednesday at the First Baptist church with Rev. Bill Zodrow, associate pastor, officiating. Burial will be at Grace Hill cemetery under direction of Parker Funeral home.