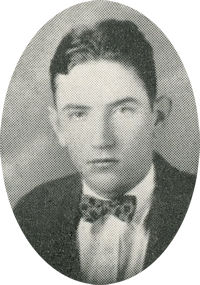 He was a member of Perry’s Battery C, 158th field artillery unit of the Oklahoma National Guard. He worked for Champlin Oil Company and the highway department, and was a bookkeeper.

He and Nellie Marie Miller were married December 29, 1951.

Preceding him in death were his wife, his parents and two sisters.

Among survivors are a sister, Mrs. Lillian Harrison, Perry; several nieces and nephews and two brothers-in-law, Sherman Branen and Raleigh Branham, both of Perry.

Graveside services will be held at 11 a.m. Friday at Grace Hill cemetery.