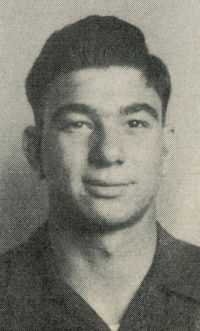 Swart was born at Perry, Aug. 29, 1928, to Chester and Lola Swart. He graduated from Perry high school in 1946 and also was a graduate of Oklahoma City university.

He and Verna Lee Shelton were married in Perry, Sept. 11, 1949. Swart was an engineer with Southwestern Bell Telephone and had worked in Ponca City, Billings and Oklahoma City. Swart was a veteran of the military, having served with the 45th division in Korea. He was the recipient of the Bronze Star.

A memorial service has been set for 10 a.m. Friday in the chapel of Brown Funeral home of Perry. Memorial contributions may be made to the Judith Karman Hospice.