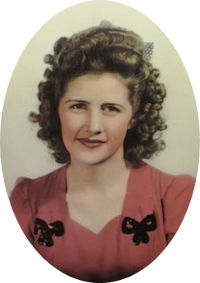 It’s work in a defense plant or signing up with WAC when she is 20 for Patricia Rose Sanders, 17 year old daughter of Mr. and Mrs. Luther Sanders, 425 Fir street.

She was born at Perry and attended grade school at St. Joseph academy.

She is a member of the Catholic study club and the Red Hots.

Mrs. Wagner was a nurse employed for over 30 years as a surgery technician at Perry Memorial Hospital. She was a member of St. Rose of Lima Catholic Church and the St. Rose of Lima Altar Society.