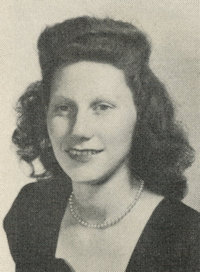 The daughter of Mr. and Mrs. Charles A. VanArsdell, she was born June 6, 1930. She attended Morrison schools before enrolling at Perry high school.

She and Melvin Dean Ball were married November 14, 1947, before his military deployment to Korea. Following her graduation from PHS, she attended Oklahoma A. & M.

After her husband’s honorable discharge from the military they made their home in Morrison before moving to California.

Mrs. Ball was a freelance writer.

She is buried at Olivewood Cemetery in Riverside, California.