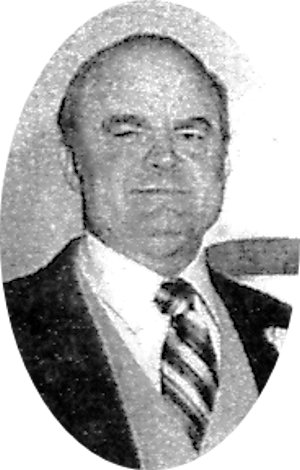 – will be in the army air corps shortly after graduation.

He was born in Garfield county and attended grade school in Perry. He is a member of Alpha Eta.

He belong to the Letterman’s club and has played football since 1948. He was also active in basketball. He plans to attend architectural engineering school when the war is over.

Bill graduated from Perry High School in 1944. He married the former Willa Jean Adams on April 22, 1944.

He served in the Army Air Corp during World War II and was a 1949 graduate of Oklahoma A & M College.

He was the Tulsa Division Manager for Public Service Company of Oklahoma until his retirement after 30 years of employment. He then was Assistant Director of the Tulsa Port of Catoosa and retired after 10 years of service.

Bill was a man of integrity who touched the communities in which he lived and worked and the lives of those who came to know him.

Bill was a truly devoted husband. father and grandfather.

He was preceded in death by his parents and only brother, David Thomas.

Graveside services will be held at 2:00 p.m. Thursday, January 31, 2002, at Grace Hill Cemetery. Rev. Tim Boggess will officiate. Memorials may be made to the charity of the donor’s choice.