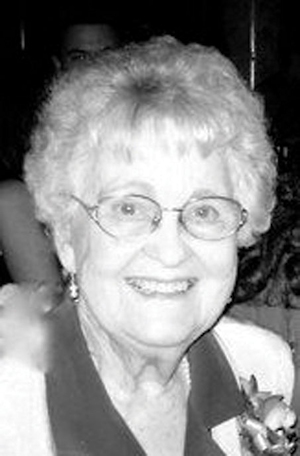 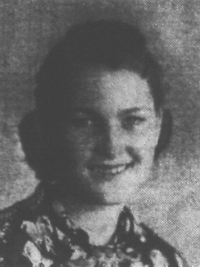 – daughter of Mrs. and Mrs. G. E. Doyle, Jr., was born in Perry and has attended the St. Joseph’s Academy and Perry high school. She is a member of the band, orchestra, glee club, president of Home Culture club, treasurer of Senior class, member of Red Hot pep organization and Journalism club and appeared in the 1936 all-school play and the 1938 senior class play. She plans to attend Oklahoma a. and M. College in Stillwater next year.

Dortha Mae ( Doyle) Sadler, 91, of Edmond, Okla. died peacefully in her sleep Saturday, January 26, 2013. She was born October 22, 1921 in Perry, Okla. to George Edward II and Verna Hale Doyle. Dortha attended both St. Joseph’s Academy Grammar School and Perry High School. She played the glockenspiel in the Perry High School band and at Tonkawa Junior College where she earned an Associate degree in Commerce. She later attended Central State College in Edmond where she received her Baccalaureate degree in Accounting. There she met Russel Eugene Sadler; they were married on Thanksgiving Day, 1942 in Perry. After years working as a bookkeeper in the construction industry, Dortha and Russ established Sooner Equipment Company in January 1959, the first dealers of Ditch Witch trenchers for Charles Machine Works in Perry. After Russ’ life-changing accident in 1964 leading to partial paralysis, Dortha took on the task of running the family business while being dedicated to her loving husband and her three daughters.

Dortha and Russ retired in 1976 and enjoyed RV-ing and traveling with their family and friends. They were both lifetime members and docents of the National Cowboy and Western Heritage Museum, where Dortha was commended for 30 years of service in 2009. Dortha was an excellent bridge player. She also enjoyed painting, loved numbers, puzzles and solving crypto quotes without a pencil. She was quick-witted, and could spin a rhyme for any occasion.