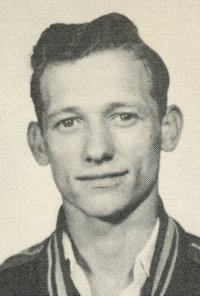 Hopper was born April 30, 1928, in Purcell, OK, the son of James M. Hopper Sr. and wife, the former Myrtle G. West. He was a 1947 graduate of Perry High School and attended Oklahoma A & M, now Oklahoma State University.

He was employed as Quality Control Manger for Indiana Gear Works until he retired in 1989. He served in the United States Army. He was a member of the Perry Golf and Country Club, the Elks Lodge and the American Legion.

Survivors include four daughters and their spouses: Janet and David Thurman, Fairland, IN, Patricia and Terry Fitz, Shelbyville, IN, Debbie and Ron Bryant, Miltown, KY, and Betty Lou and Tim Maher, Waco, TX; two sons and daughters-in-law: Hubert “Bud” and Jody Hopper, Fairland, IN, and James M. and Rebecca Hopper III and Rebecca, Plainfield, IN; 15 grandchildren, eight great-grandchildren; a sister and brother-in-law, Loleta and B. C. Smith; and four nephews.

He was preceded in death by his parents and one sister, Betty Jean (Hopper) Ford.

Funeral will be at 2 p.m. Saturday, March 3, 2001 at Brown-Sisson Chapel. Rev. Ron Weathers will officiate. Burial will be at Grace Hill Cemetery. Memorials may be made to the Perry Memorial Hospital Foundation or American Cancer Society.