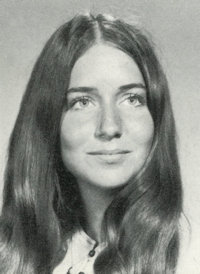 Mrs. Vorndran was born Oct. 2, 1954, in Lancaster, CA. She was a 1973 graduate of Perry High School and attended Central State University.

She was preceded in death by a nephew, Trent Vorndran.

Funeral will be at 2 p.m. Wednesday, March 21, 2001 at Christ Lutheran Church in Perry, OK. Rev. Myron C. Maltz, pastor, will officiate. Burial will be at the St. Rose of Lima Catholic Cemetery, Perry, OK. Memorials may be made to the Oklahoma Medical Research Foundation for cancer research.