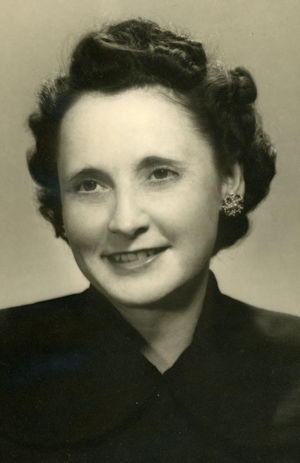 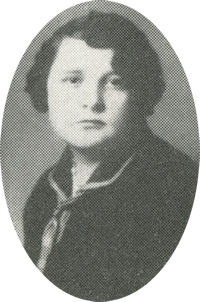 Lorena was born on the 20th of September 1910 to Thomas King and Sarah Ellen McKee Pursley. Born in Paradise Township at Marena, Payne County, Oklahoma, at her maternal grandparents, Ralph Clarence and Sarah Augusta Follis McKee.

Lorena graduated Valedictorian of her class of 1929 in Perry. She was a member of the National Honor Society. She wrote the class poem. She had been granted a four year scholarship to Tulsa University, Tulsa, Oklahoma, but the depression dictated she attend Botts Business School at Guthrie, Oklahoma.

Lorena was a long time member of the Baptist Church in Perry. She voluntarily served many years as the Sunday school secretary.

Lorena married Alex Schlegel in December 1950. Having no children of their own, nieces and nephews took that honor.

The family had a 100th birthday party for her at the Elks Lodge in Perry, September 2010. She lived to enjoy her 101st birthday.

She is survived by her two cats, Tinkerbell and Obie.

Funeral services will be 10:00 a.m. Wednesday, February 15, 2012 at the First Baptist Church in Perry. Brother Aaron Summers will officiate. Interment will be in Grace Hill Cemetery. Services are under the direction of BrownDugger Funeral Home in Perry.

Memorial contributions may be made to the charity of the donors choice in care of BrownDugger Funeral Home, 1010 N. 7th Street, Perry, Oklahoma 73077.

Other survivors include a niece, Juanima Dolezal McFarland and husband, James, of Claremore, Oklahoma nephews, Ed Dolezal of Perry and Tom Dolezal and wife, Lynda, of Billings. Cousins, Marjorie McQuain Newman of Stillwater and Phyllis McKee Shepard of Perry, Beryl Scurlock and wife, Anne, of Texas and many other greatnieces and greatnephews and relatives.