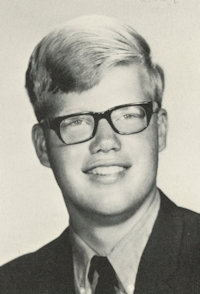 ﻿Clayton Kroll, 56, of Perry, Oklahoma was the son of Johnie George and Joan Gwendolyn (Sharkey) Kroll.

Clayton worked in construction and helped build the OG&E dam. Later, he became an employee of Charles Machine Works, where he worked for over 25 years.

Clayton was a member of Christ Lutheran Church.

In addition to his parents, Johnie and Joan Kroll, Clayton is survived by one brother, Johnie “Keith” Kroll, of Coweta, Oklahoma and one sister, Arline Wagner, of Moore, Oklahoma.

He was preceded in death by his maternal and paternal grandparents.