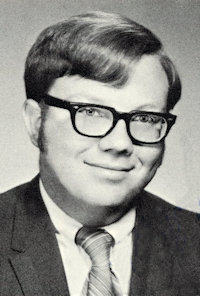 He was born February 13, 1953, to Lester Frank and Helen Mae (Donaldson) Williams in Perry, Oklahoma. Monte attended Perry schools and graduated from Perry High School in 1971.

A life-long resident of Noble County, he had worked as a security guard and was a member of the First Christian Church. Monte loved to hunt, fish and spend time spoiling his best dog friend, Daisy.

His mother, Helen, preceded him in death.

Funeral services will be at 2:00 p.m. Thursday, January 2, 2003 in the chapel of Brown-Dugger Funeral Home. Rev. Martin Foster will officiate. Interment will be in Grace Hill Cemetery. Memorials may be made to Judith Karman Hospice.