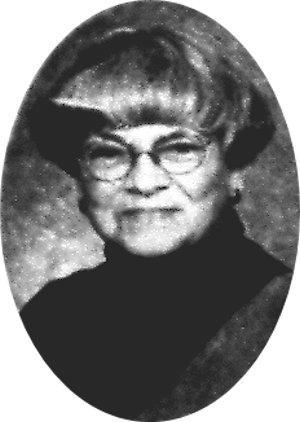 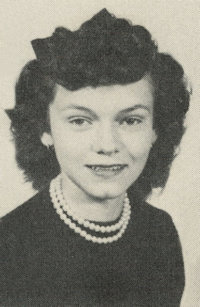 ﻿Gerry Sheets, 73, of Perry, Oklahoma, was the daughter of Edward James and Zelma Lucretia (Branham) Ewy. She was born on May 7, 1930, in Eureka, Kansas and died Friday, February 6, 2004, at Perry Memorial Hospital.

Gerry married William “Bill” Harvey Sheets on June 20, 1948, in Perry, Oklahoma. She was the secretary/treasurer of Perry Plumbing, Inc. and was a member of the Elks, Eastern Star and the First Christian Church.

She was preceded in death by her parents, Edward and Zelma Ewy, one brother, L.D. Ewy and one infant sister, Mary Margaret Ewy.

Graveside services will be 2:00 p.m. Tuesday, February 10, 2004, at Grace Hill Cemetery. Rev. Martin Foster will officiate. Memorials may be given to the First Christian Church of Perry or Judith Karman Hospice of Stillwater.