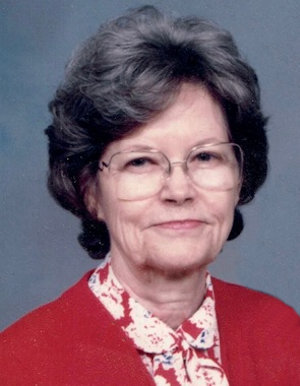 Longtime Pauls Valley resident Jeanne Elizabeth Field died peacefully at her daughter’s home in Pasadena, CA, on the evening of Tuesday, December 18, surrounded by her devoted and grateful children. Although a California resident for more than five years she always considered Pauls Valley home. Her joyful demeanor, kindness and positive attitude–with her always–will be treasured, remembered and missed by all who knew her.

Jeanne was born near Cushing, OK, in 1925, one of five children of Winfred Winnie and Herbert Brownie Brown. A 1943 graduate of Perry High School, she and Lee C. Field, Jr., married in 1952 and made Pauls Valley their home, raising three children.

Jeanne was an active and long-standing member of the First Christian Church. She was also an accomplished private pilot, earning her FAA licenses and advanced multi-engine ratings to go along with the Cessna 182 airplane she and Lee Jr. owned in the ’60s and ’70s. They logged many flight hours with trips throughout the country, to both coasts, and all major airports. They also enjoyed many journeys to Canada and Mexico, devoted primarily to one of their major activities, sport fishing. In fact, Jeanne and Lee Jr. did their initial courting on fishing trips to Lake Texoma. Jeanne was one of the first women to enter a Bass Masters tournament where she not only competed but won a trophy for largest fish caught, an eight-pound largemouth. She loved top water pond fishing and later made annual fall and spring trips to Lake Texoma for striper bass fishing. She was also an accomplished duplicate bridge player and seamstress, and loved reading. Jeanne was a skilled doll maker and enjoyed all phases of the construction and artistic process and sharing her creations with others.

Her husband preceded her in death in 2009.