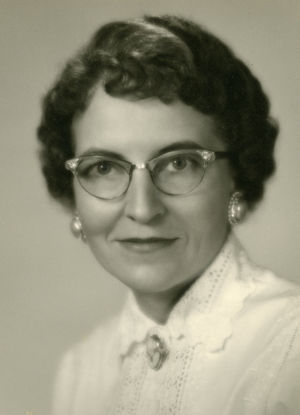 Born in Perry on August 2, 1913, she was the daughter of Robert and Florence (Taylor) Lavington. She graduated from Perry High School in 1931.

On June 3, 1951, she and William G. (Woody) Foster were married. He owned and operated Foster Corner Drug.

Preceding her death were her husband, her parents, and three sisters: Muriel Whitney, Clarissa Lavington, and Rose Lavington.