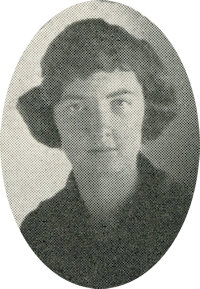 In 1925 she began her teaching career at Freemont, Noble County rural school, and continued teaching at both Perry and Stillwater Public Schools.

She and Robert P. Ealy were married on May 29, 1939. They spent their early married life in Stillwater, Oklahoma, before moving to Manhattan, KS, in 1961.

Mrs. Ealy was a homemaker and a member of the First Presbyterian Church of Manhattan.