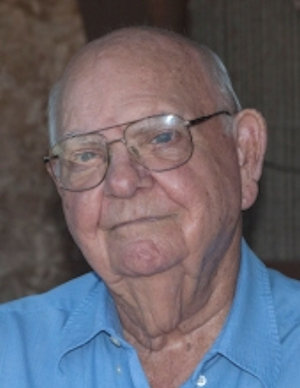 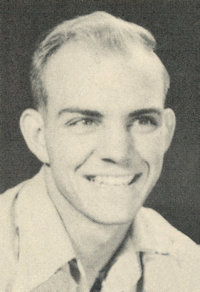 Morris E. Henderson, 90, of Perry, Oklahoma, was the son of Wade Morris Henderson and Lena May (Ottinger) Henderson. Morris was born December 15, 1929, in Raymondville, Texas, and died September 5, 2020, in Perry, Oklahoma, surrounded by family.

As a child growing up in South Texas, Morris enjoyed his time living on his father’s hog farm where he helped care for all the farm animals and enjoyed swimming in the irrigation ditches and riding horses.

At the age of 14, he moved with his family to Perry where his father began work for International Harvester. Morris attended high school in Perry where he was in the United States Navy reserves, and played football and baseball. He graduated from Perry High School in 1949, after which time he joined the Army National Guard.

Morris served in Korea with Company I of the 179th Infantry Regiment 45th Division from August 1950 to August 1953. He was awarded several service medals including a Purple Heart for being wounded in action during his service in the military, and a Korean Service Medal with a Bronze Star.

After the military Morris returned to Perry where he met his wife, Audrey, at the Betty Ann Bakery. Morris and Audrey were married on June 27, 1953. They enjoyed 67 years of marriage, including four children.

Morris and Audrey moved to Sterling, Colorado, in 1953 where Morris worked for Lane Wells. In 1955 they moved back to Perry while Morris continued work for Lane Wells, and in 1956 Morris went to work for Charles Machine Shop, which eventually became Ditch Witch, where he worked as a welder until his retirement in 1992. When he began work at Charles Machine Shop he was one of 12 employees working for the company and his employee number was No. 24. After his retirement in 1992 he went back to Ditch Witch part-time in security for 10 years, making a total of 46 years for the company.

After retirement Morris and Audrey traveled in their motor-home across the United States to visit family, as well as friends – many of whom served in the military alongside Morris in Korea.

Morris was a kind, generous and hard-working man who loved to travel, fish and camp, especially in South Texas in the Gulf of Mexico where he grew up fishing with his family as a child.

He loved his family and enjoyed spending time with his children, grandchildren and great-grandchildren, especially sharing a great story, watching their sports games and sharing in their activities.

In lieu of a formal service, guests are welcome to greet the family, pay respects and share in memories of Morris’ life at Trout Funeral Home in Perry, Oklahoma, on Friday, September 11, 2020, at 3 p.m. Military honors will be given in Morris’ honor at 3:30 p.m.