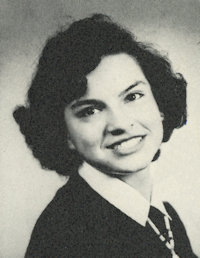 She graduated from Perry High School in 1956. In 1979, she attended Indian Meridian Vo Tech and received a certificate for secretarial administrative assistant. Mrs. Black moved to California in 1985 and worked for the Indian Health Service. In 1992 she returned to Noble County and served as executive secretary for the Otoe Tribe until her retirement in 2002.

She enjoyed Bible Scriptures and her grandchildren.