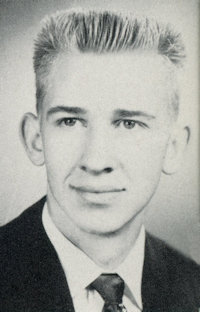 Funeral services will be offered at 3 p.m. on Saturday at the Naval Hospital’s chapel. Burial at sea will be at 2 p m. on Sunday.