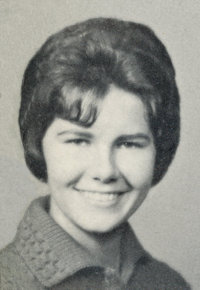 She attended school in Perry, OK, graduating in 1962. She graduated from Northern Oklahoma Junior College, Tonkawa, OK, in 1964 and Southeastern State College, Durant, OK, in 1966 with a degree in elementary education.

Linda married Kenneth L. “Bo” Kesner on August 6, 1966. She taught school five years in Oklahoma, then retired to raise her family. Her hobbies were working in her yard and garden as well as sewing. Linda died at home on Sunday, April 9, 2006.

She was preceded in death by both parents, brother Jimmie Zavodny, and sister Lila Brand.

The celebration service of Linda’s life will be at 10 a.m., Thursday, April 13, 2006, at the First Baptist Church in Cleveland, OK. Dr. Larry Wilson will officiate. Interment will be in the Sinnett Cemetery at Keystone under the direction of Cleveland Funeral Home.