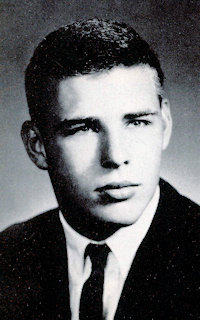 Born on April 17, 1945, in Guthrie, Oklahoma, he was the son of Francis W. and Vallie Blanche (Brown) Webb. He was a graduate of Perry High School and Phillips University in Enid, Okla.

Mr. Webb had been an employee for about 20 years of Union Pacific Resources Co., where he was an accountant. He was a member of Grace Temple Church.

Funeral will be at 10 a.m. tomorrow at Grace Temple Church. Graveside service will be at 1 p.m. Friday in Morris Heights Cemetery in Orlando, Okla.