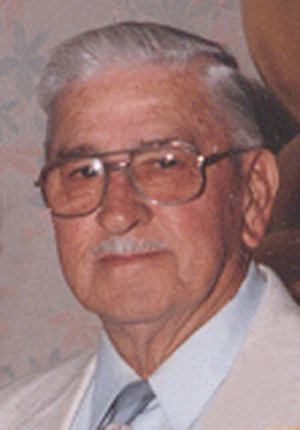 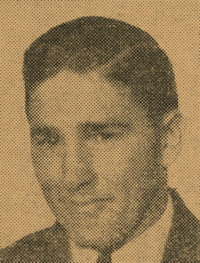 ﻿- 19 years old, is the son of Mr. and Mrs. Floyd Dudley, 731 Delaware street. He was born in Coffeyville, Kans., June 11, 1920. Before attending the Perry schools he attended school in Cushing, Seminole, Bowlegs, Orlando, Shirley, Ind., and Newton. Kans.

He is a member of the Lettermen’s club of the high school. In his sophomore year, he was Sargent at Arms of his class.

His hobbies are photography, athletics, dancing and writing poems.

Next year he plans to attend school at the Northwestern State Teachers college, taking a general education course in order to teach.

﻿Charles R. Dudley, age 77, of Fort Walton Beach, Fla., died Thursday, June 12, 1997, at Columbia Fort Walton Beach Medical Center after an extended illness. Mr. Dudley was born in Coffeyville, Kan., on June 11, 1920, to Floyd Raymond and Fannie Shoaff Dudley, and had been a resident of northwest Florida since 1952.

Mr. Dudley had a very distinguished career serving in the federal government for 43 years in times of peace and war. His military career began with the Army Air Corps serving in the Pacific Theater of World War II and continued through the Korean War. Some of his military accomplishments include combat action at Iwo Jima during WWII, promotions through every rank from private to major, and command of the Eglin Photo Lab. His federal service continued after military retirement as he filled several civil service managerial and technical positions at Eglin AFB.

Mr. Dudley, a very devoted and loving husband, father, grandfather and great-grandfather, will be greatly missed by all who knew and loved him. He was active in several of the area’s Christian communities including the First Christian Church of Fort Walton, base chapels at Eglin and Hurlburt, and the Westminster Presbyterian Church. Mr. Dudley was an avid golfer and former member of the Eglin Golf Club.

The funeral service will be conducted from the First Christian Church of Fort Walton Beach on Tuesday, June 17, 1997, at 10 a.m. Interment will follow the services at Fort Walton Beach’s Beal Memorial Cemetery with military honors. The Rev. Charles Minyard will officiate at the funeral and the graveside committal. Floral tributes will be accepted at the funeral home, or for those who desire, the family prefers contributions to be made in memory of Charles Dudley to: Patient Services Fund, C/O Nancy Grigsby, Dialysis Services of Florida, 348 Miracle Strip Parkway, Suite 16, Fort Walton Beach, Fla., 32547.