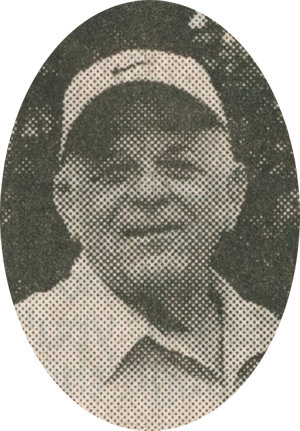 Born August 31, 1941, he was the adopted son of Oscar and Emma Louise (Rupp) Johnson. Mr. Johnson was a graduate of Perry High School.

He spent his early years roughnecking around Noble County. In the 1970s, he operated the Mustang Club in Perry. He retired early from Mercury Marine in 1991.

Mr. Johnson was a lover of the outdoors, animals and fishing. Most of all, he had an enormous heart for people and making them smile. He will be greatly missed by everyone he touched throughout his life.

His parents and one son, Clark Johnson, preceded him in death. He leaves lasting memories with his wife of 22 years, Rhonda; two sons, Nathan Johnson and Corey Potter, Perry; and one daughter, Sonya Potter, St. Louis.

A private memorial will be held at a later date. In lieu of flowers, contributions can be made to the American Cancer Society or to the American Red Cross Hurricane Disaster Relief Fund.