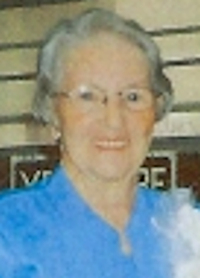 Mary Jo (Trumbla) Phenis Parker, 93 was born July 29, 1927, in Perry, Oklahoma, the daughter of Edward B. Trumbla and Peggy E. (Swindle) Trumbla. She went to be with her Lord and Savior on October 21, 2020, at Green Valley nursing Home in Perry, Oklahoma.

Mary Jo grew up in Perry, attending Perry Public schools until the last half of her senior year. Her parents moved to Stillwater in hopes to keep her and her first love from marrying. She graduated from Stillwater in 1945 but was a Maroon through and though being invited back to many class reunions.

She started working at Snyder’s Hardware in Edmond and Dale was a Village fireman until Dale retired and they moved to Cedar Lake, Hinton, Oklahoma, where the whole family built a cabin to retire to. She still worked until after 36 years, the couple parted ways.

In March 1981, Mary Jo married Jim (J.W.) Parker and lived on a farm just south of Yukon, Oklahoma, where she started her interest in the Chisholm Trail Cattle Drive. Together J.W. and her traveled all around in their RV where they did re-enactments all around Oklahoma, Texas and Kansas. Mary Jo received many plaques and awards, one being inducted into the Wall of Fame in Yukon, Oklahoma, on March 2005.

After the death of her husband, she moved back to Perry where she was a member of the Noble County Genealogy Society and worked at the Cherokee Strip Museum.

She was preceded in death by her parents; husbands Dale Phenis and J.W. Parker; one brother and sister-in-law, Jon and Betty Trumbla; one son David Phenis and one daughter, Joy Smith.

Funeral services will be held at 10 AM Saturday, October 24, 2020, at the First United Methodist Church in Perry, Oklahoma. Pastor Hagen Jackson will officiate. Burial will be at Fairland Cemetery in Stillwater, Oklahoma. Memorial contributions may be made to the Noble County Genealogy Society or the Cherokee Strip Museum of Perry.