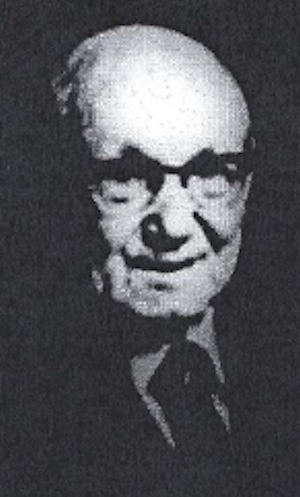 “If you dummies could only understand I would tell you something.”

Edward Brengle Trumble, 89, of Yukon and formerly of Stillwater, died Sunday, Aug., 28, in Ketchikan, Alaska, while on vacation.

Trumbla was born Feb. 17, 1905, in Perry to Joe and Maud (Flood) Trumbla. He married Peggy Swindle. She died in January, 1993. He later married Gladys Wade Ford.

Trumbla was predeceased by his parents; by his wife of 56 years, Peggy Trumbla, and by two brothers, Wilbur and Tom.

Services will be held at 11 a.m. Thursday, Sept. 1, at St. David’s Episcopal Church, 3333 N. Meridian, Oklahoma City, with the Rev. Howard Humphries officiating. Interment will be at 2:30 p.m. at Fairlawn Cemetery in Stillwater. Memorials may be made to Stillwater Medical Center or to First Presbyterian Church.