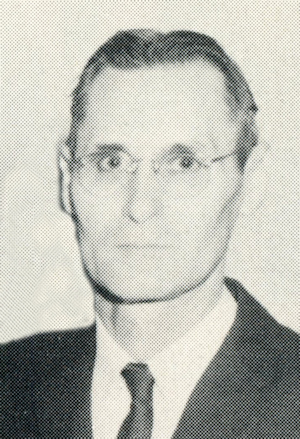 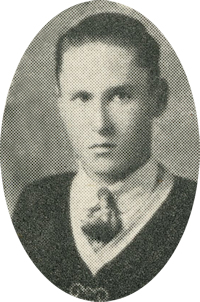 Pern L. Gang died peacefully in his home Wednesday, Jan. 16, 2002, after a lengthy and courageous battle with cancer.

Gang was born March 7, 1911, on the family homestead eight miles northwest of Perry, to Ira B. and Effie (Shay) Gang. As a child, he spent many hours with his grandparents, Fred W. Gang and Sarah (Berkey) Gang, who had homesteaded during the Cherokee Strip Land Run of 1893. The Fred W. Gang homestead was still owned by Gang and received an Oklahoma Centennial Farm award in 1996.

He lived in Oklahoma all of his life with the exception of one year in 1918 when his father was sent to Billings, Mont., by the telegraph company to work on a secret project for the government war effort. As a child in Montana, he had the experience of meeting Teddy Roosevelt when he campaigned for president. This was one of Gang’s fondest memories.

Gang attended the one-room Whipple School during his elementary years and then graduated from Perry High School in 1929. He began at Oklahoma A. & M., now Oklahoma State University, in Stillwater in 1930. He lacked only six hours from receiving his degree in accounting.

He began his professional career with the Oklahoma Department of Transportation in the mid 1930s working on the road maintenance crew. On July 24, 1937, he married Faye Rouse of Three Sands. In 1938, Gang was one of the first driver’s license examiners for the Oklahoma Highway Patrol. He and his family relocated from Perry to Lawton.

About 1940, Gang became the division accountant for division four, Department of Transportation, located at Perry. So he and his family returned to Perry. During this time, Gang devised a new accounting system for the Oklahoma Department of Transportation, which was soon used throughout the highway system. While in Perry, Gang was one of the first Perry High School graduates to become president of the Perry High School Board of Education. He served 12 consecutive years on the school board. He was also worshipful master of the Perry Masonic Lodge.

In 1966, Gang and his family relocated to Duncan where he was the division accountant for division seven of the Oklahoma Department of Transportation. In 1971, the family moved to Edmond, where Gang served as the manager of accounts and budgets for the entire state highway system at the State Capitol. He retired in 1977 after 43 years of service with the Oklahoma Department of Transportation.

Gang was an avid OSU wrestling fan and at one time a major donor to the program. He loved to garden. His tomatoes were always the best. He was also actively involved in politics throughout his life and was a life-long Democrat. He had also received his 50-year Masonic Pin in 1997. He will be remembered for his quick wit and wonderful sense of humor. He believed that anything could be accomplished through hard work and that helping others was the only reason to live.

Gang is survived by his wife, Faye, of 64 years; his only child, Carolyn Gang and her husband Edward Noltensmeyer, Stillwater; and his younger brother, Carl D. Gang, Glendale, Calif.

No services will be held. Burial will be at Fairview cemetery in Stillwater, Oklahoma. Memorials may be sent to the American Cancer Society, the OSU Wrestling Program, or the Payne County Democrats.