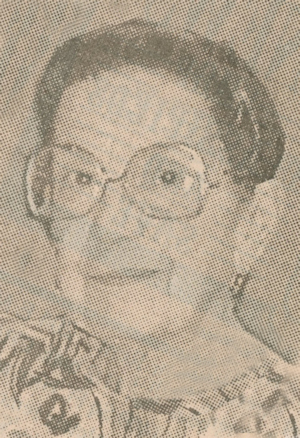 ﻿Alberta Cress Ley, 86, Perry, Oklahoma, was the daughter of Lycurgus Fletcher and Alda (Crawford) Cress. She was born on November 7, 1916, in Cedar Point, Kansas, and died Friday, June 20, 2003, at Integris Health Baptist Medical Center in Oklahoma City, Oklahoma after a brief illness.

She enjoyed china painting, bird watching, working in her yard and tending to her pecan trees.

She was preceded in death by her parents; two brothers, Dr. Max Cress and Kay Cress and one sister, Velma Hieber.

Memorial services will be 2:00 p.m. Monday, June 23, 2003, in the chapel of Brown-Dugger Funeral Home. The Rev. Glen Bays will officiate. Memorials may be made to the charity of the donor’s choice.