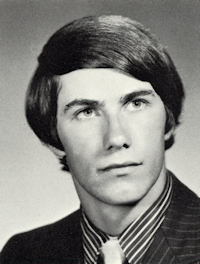 Kaiser was born March 12, 1953, in Stillwater to Raymond Francis and Margaret Irene (Dolezal) Kaiser. He married Debbie Sue Tussey Jan. 27, 1978, in Stillwater. The couple divorced. Kaiser then married Debbie Ann Cheney. He attended school in Perry, Vinita, Enid and then returned to Perry schools where he graduated from Perry High School in 1972.

While in Stillwater, he worked at MerCruiser Marine as a Quality Control Engineer. He then moved to Ponca City, Ardmore and then to Sherman, Texas.

In 1999, Kaiser returned to Stillwater and began working for Asplundh Tree Trimming. While in Stillwater, he lived with his Aunt Dorothy Childress before moving to his permanent home in Stillwater. He loved fishing, camping, working out and lifting weights with his brothers and sons. Kaiser loved being with his family and spending time with his children.

He is preceded in death by his parents and sister, Dorothy Ann Kaiser.

Graveside services are scheduled for 11 a.m. Saturday at the St. Rose of Lima Catholic Cemetery, Perry. Cremation is under the direction of Strode Funeral Home.