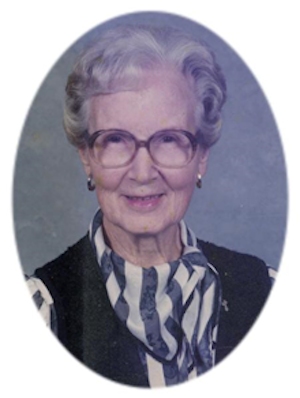 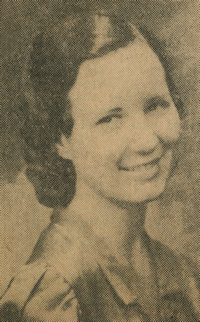 Lucille Foster, 92, of Perry, Oklahoma, was the daughter of Clarence Emmett and Matilda Ann Moore Edgar. She was born on March 25, 1917 in Terlton, Oklahoma and died Tuesday, March 16, 2010 in her home.

Lucille moved to Perry in 1924 from Mulhall. She was a 1934 graduate of Perry High School.

Lucille worked as a telephone operator with Southwestern Bell Telephone Company from 1936 to 1942.

Lucille was a member of the First Presbyterian Church and the Presbyterian Womens Association. She taught Sunday school and bible school, was the treasurer for the youth from 1932 to present and was a member of the choir. Lucille enjoyed fixing patients hair at the nursing home which she did from 1960 to present. Her hobbies included gardening, yard work, walking and exercising.

Lucille is survived by her daughter, Penny Clay of Charleston, Illinois two greatgrandchildren, Brandon Clay and Madison Clay, both of Springfield, Missouri two nephews, Jack Beckham and his wife, Carolyn, of Tulsa, Oklahoma and Joe Beckham and his wife, Doris, of Perry, Oklahoma and one niece, Jody Bruce and her husband, Ronald, of Houston, Texas.

She was preceded in death by her husband, Dick H. Foster, her parents, Clarence E. and Matilda A. Edgar and her brother, Raymond Lawrence Edgar.