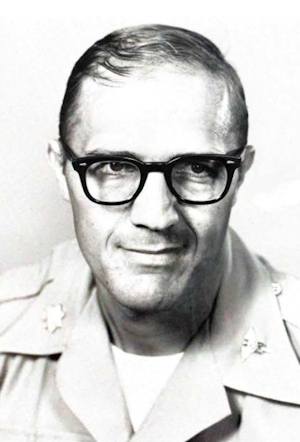 Born on September 12, 1935, in Perry, Oklahoma, Don had a passion for the sport of wrestling. In 1953 he was a State of Oklahoma Champion Wrestler for Perry High School, helped to win the NCAA Wrestling Championship for the University of Oklahoma in 1957, and was chosen for the All Army Wrestling Team in 1959. He beat and wrestled very close matches with the nation’s elite.

He served in the United States Army achieving the rank of Major Donald J. Studebaker while in Viet Nam. Returning to civilian life, Don received a Masters of Education in Political Science and taught high school social studies while coaching young wrestlers. After a long career in education, he retired in 1992 to travel with his wife Genevieve and enjoy his grandchildren.