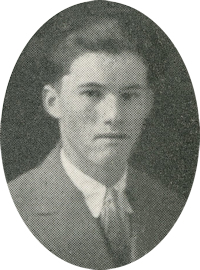 ﻿The Rev. Alvin A. Walter of Hillsboro, Texas, a Lutheran minister for 54 years, died Sunday at a Hillsboro hospital. He was 80.

Born and reared in Perry, he was the son of Phillip and Emilie Walter. He graduated from Perry High School in 1928 and attended Concordia Seminary in Springfield, Ill.

On April 26, 1936, he and Ella Lena Lydia Schiebel were married in St. Peter, Minnesota. The Walter family lived in Watonga, Ardmore, and Hinton, Oklahoma, and Hufsmith (Tomball), Malone, and LaGrange, Texas, finally moving to Hillsboro, Texas, in 1976.

The reverend ministered at Salem Lutheran Church in Malone, Texas, until 1969 and at several other churches in the area.

He was a member of Christ Lutheran Church in Hillsboro.