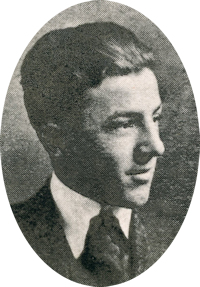 Ralph William McCune, 58, succumbed to a heart attack yesterday morning while supervising a Mexican cotton picking crew on his farm near Brawley, Calif., in the Imperial Valley.

Born in Perry on October 29, 1897, he was the son of William and Medora “Dora” (Mars) McCune. He graduated from Perry High School in 1916 and was the manager of the Houston-McCune Lumber Co.

He and Ethel Lou Reid, former Perry school teacher, were married August 28, 1919, in Oklahoma City. They made their home in Perry until leaving Perry in 1922 for Brawley, where he also was engaged in the lumber business.