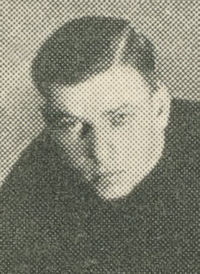 Born in Minot, North Dakota, on September 9, 1909, he was the son of Samuel Jackson and Arminda “Alice” (Woodring) Kent. He graduated from Perry High School in 1929.

Mr. Kent and Arlie Belle Smith were married. They made their home in Glendale, California, where he was the owner-manager of a fishing tackle manufacturing concern.

Survivors include his widow, Arlie; two daughters, Arlene and Karen; and two sons, Arlo and Dennis.